Anna Rosnovsky, Violinst, was born to a musical family in St. Petersburg, Russia. She studied Violin at the Tchaikovsky Academy of music with Prof. Jankelevich and Prof. Glesarova, and completed her Doctorate in Musicology under the guidance of Prof. Ginsburg. In 1974, she immigrated to Israel, and in 1979 joined the first Violin section of the Israel Philharmonic. She has appeared as soloist with the IPO, the Jerusalem Symphony Orchestra and other Israeli ensembles,under the baton of Maestro Zubin Mehta, Myung - Whun Chang and Lior Shambadal. An active chamber musician, she has performed with various ensembles in Israel, the US and Europe. Anna was a teacher at the Rubin Academy of Music and Dance, the Hebrew University in Jerusalem, for 10 years, and several of her students are currently playing with the IPO. Anna Rosnovsky is the mother of Laura, a fashion designer and Yuval, a lawyer.

In 2006, Anna joined the world famous Violinst Maxim Vengerov and established the project "Musicians of Tomorrow". The project gives the highest levels of musical education to young gifted but disadvantaged children. The project has been brought to fruition by Anna and has become a programme of excellence recognized all over Israel and abroad. "Musicians of Tomorrow" now teaches 16 talented children between age 6 and 17, mostly from tough socio-economic backgrounds who travel from towns and villages all over the North oh Israel to Anna's home for their tuition and nurturing. In the eight years since its founding, the children have participated in Festivals in Eilat, Akko, Bulgaria, Kazkhstan, Montreal and Budapest. They have also represented their country on Israel's Independence Day in Vienna, in the Lichtenstein Palace to a VIP crowd of over 1,000 people. 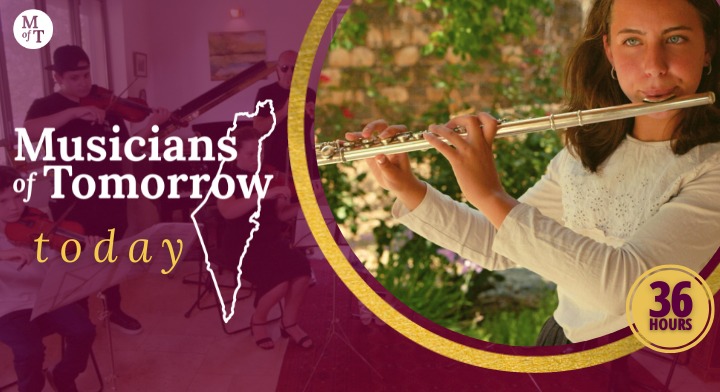